February 20, 2017
Who would have thought that Oklahoma would have mountains.  Okay, so they are not mountain like they have in Colorado, or even the mountains that I spent the past 2 1/2 years traipsing up and down in Arizona.  But the Wichita Mountain wildlife refuge does contain some significant hills, the tallest of which is Mount Scott at almost 2500' above ground level.

I drove up to the top a couple of weeks ago, took a couple of pictures, then drove back down.

But this morning it was all about the walk.  It's just a little under 3 miles, but basically all uphill, then all downhill, no real flat spots along the way.  Also, it's a paved road, so you have to be on the lookout for cars going up and down.  That being said, it really wasn't a bad walk at all.

The views are great.  Especially since we were treated to some very interesting cloud formations this morning. 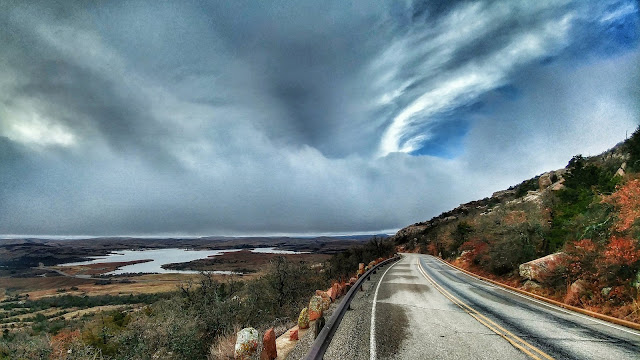 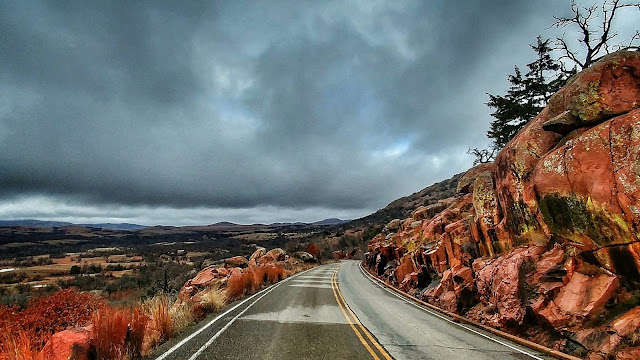 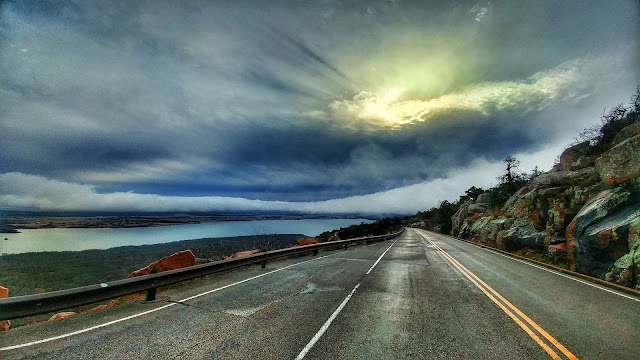 In addition, since it just rained last night, even the mountain side of the road provided some nice scenery with quite a few little mini waterfalls.

Then once we got up near the top, the mountain peak was still shrouded in clouds, so it became a walk through the fog. 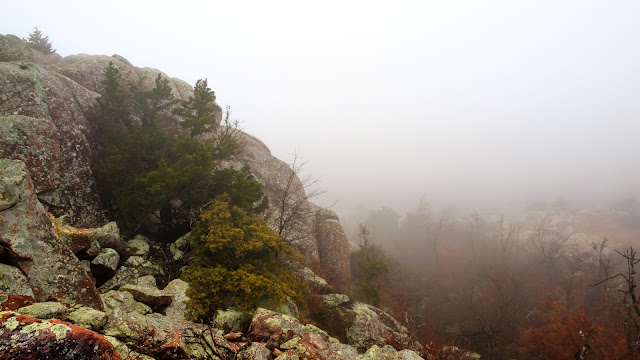 Finally, I inadvertently set up a little camera comparison opportunity, as there were two scenes that I liked enough that I edited the shot from both my real camera (EOS M3) and smartphone (LG G5). The M3 shots were then edited in Lightroom, while the LG G5 shots were edited in Snapseed.

So it's not exactly the same scene, as the LG G5 lens gave a wider field of view.  Overall I like the shot from my M3 better, as the smaller sensor in the camera phone just left a bit too much noise, especially in the sky.

But this in this second example, I'm really glad I had the LG G5 with me, as even with the noise, I think the wider angle (and shooting in HDR plus mode) did a better job of capturing the drama of this cloud formation.