How To Take A Picture Of The Moon 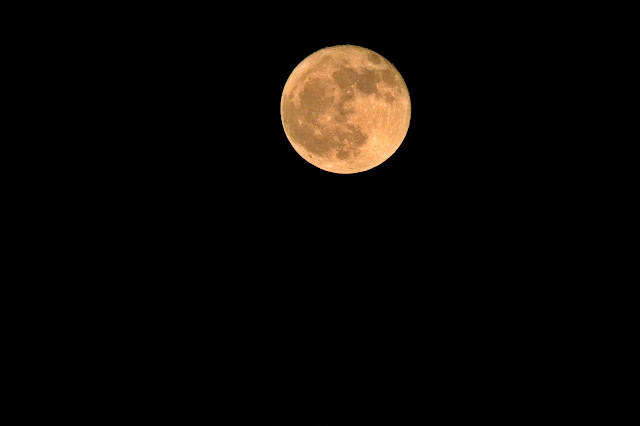 We have a nice almost full moon out tonight, and just after sunset it was inviting me to take a picture of it from my front porch. I have to admit upfront, that I did almost no preparation. Simply grabbed my camera, which happend to have a 70-200 F4L lens attached, leaned against the pillar to steady myself, and snapped off a few frames.

When I ran inside and loaded them onto the computer, it was almost immediately obvious that I wouldn't be sharing any of those shots.

... they were all way overexposed, with no detail at all.

Crap, I forgot how to take a picture of the moon.

So if my problem is over exposure, I need a faster shutter speed, a smaller aperture, or both. Ok, let's try this again ...

The picture at the top of the page is what I got. It's not the greatest moon shot in the world, but for a spur of the moment, run outside and snap away, I'll take it.

However, one of these nights I might actually have to plan for some good pictures of the moon. I can use a lot of the same tips I've already written about in How to take fireworks pictures.


So did I miss anything?

What are some of your favorite secrets for getting really good pictures of the moon?