Could a Family Live Without Satellite or Cable TV?

February 08, 2013
I know a lot of single people don't have cable or satellite; they watch all their tv on the Internet. I wonder if a family the size of mine could do the same? 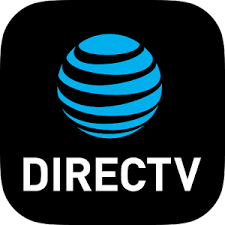 For now it's just an academic question, as we got Directv when we moved into our new house in August of 2011 .. so there's still about 7 months left before we could even consider canceling without penalties. The TV is often on in our house, but the majority of the time it's tuned to Nick or Disney Jr, and the kids don't really seem to care whether the shows are new or repeats.

The truth is, most of what they watch thru the Directv box is also available from Netflix, Hulu Plus and/or Amazon Prime

... all of which we have. The same really holds true for me. I don't have many "must watch" shows, but of the ones I do enjoy, most if not all are available from one of the three services above. Even my wife Ana, who would be the hardest to convince that giving up TV is even possible, has been getting by for the past 3 weeks while she's visiting her sister in Seattle, just watching her shows on the Kindle Fire HD

she brought with her.

So how would giving up satellite it even work?

We'd need internet capable boxes for each of our TVs. We already have a BluRay player with Internet capability in our bedroom. There's also a Wii and xBox upstairs that can stream movies and TV shows. Beyond that, we could get more BluRay players, or if we don't need to play disks, just get Roku

boxes. Heck, as I was researching some ideas for this post, I even discovered that with the purchase of cheap connector cables

we could even hook our two Kindle Fire HD

s to the big TVs when the mood strikes.

To be honest, at this point, I seriously doubt this is something we would do. There are a few too many obstacles I can still think of .. the two biggest being how slow would it cause my internet to be at peak viewing times, and how mad would my wife be the first time she couldn't watch one of her shows because of the slow connection?

I do think it might be possible to ditch a few of the additional boxes we have upstairs in the kids rooms. Hmmmm.

So have any of you actually tried this?