Showing posts from October, 2010
Show all

Back to Camp Blanding Florida

Last summer I spent 5 fun-filled weeks at Camp Blanding Florida doing some predeployment training. Tomorrow morning, I'm going back again ... but this time just for 10 days; and as a facilitator instead of as a trainee. I'm thinking I'll enjoy this next week a bit better than last time. Anyhow, I also remembered that I never posted any of the pictures that I took last time here on the blog. So, here's a few shots of some of the things that Air Force weather guys, getting trained by Army Infantry soldiers get to experience: As you can probably guess, we shot a lot of weapons. We also had the chance to throw some hand grenades: I probably should have posted this first, but we did also get a whole week or Combat Life Saver training. We were actually the last class that got to do IVs (they don't teach it any more): When we weren't shooting, or blowing things up or sticking each other with needles, we did a lot of hiking through the woods. Which means we got up
1 comment
Read more

My Feet Quack Me Up

Ok, that's probably not exactly what baby Joey was thinking as we went for a family walk around the neighborhood tonight ... but you gotta admit, it makes for a better headline than "We Went for a Walk" ;-) It was just an idea to get me up off the computer, and Ana a little bit of exercise. So after dinner, we grabbed a stroller, Jas and Jaiden put on some shoes, and off we went to enjoy the nice cool fall evening. Along the way, we picked up our neighbor and his dog ... who's lease Jaiden got to hold. A fun time was had by all. Including daddy, who got to take a few pictures :-) We might just have to make this more of a regular event! [todd-sig]
3 comments
Read more

My wife Ana was over at our neighbor's house this morning, when they called me to come "rescue" them from this little Texas spiny lizard. It turns out that it was the lizard that needed rescuing. Apparently Mary Kay's cats had captured the lizard, and brought it into the house. It was obviously injured, but still alive. So I picked up and brought it over to my front yard. ... where of course, I had to take a few pictures. ;-) I left the lizard out in the yard afterwards, figuring that he'd figure out on his own where he wanted to go. A little while later, I was going to show Jaiden the lizards, so we went outside, but he was already gone. I thought the story would have a happy ending ... if the lizard was well enough to go hide, that seemed like a good sign. Until a couple minutes later when Mary Kay knocked on the door. Apparently the cats had come across the street to my yard, retrieved "their lizard", and were now playing with it in her back ya
2 comments
Read more

I think might start a series on this blog called "pictures that are on my wall" This sunset shot; taken in early 2009 at Paradise Cove, along the south shore of Oahu, was among the last "scenic" pictures I took before we left Hawaii. ... and yes, it is hanging right on our living room wall. I've honestly never considered selling any of my pictures. But if I ever did, some of the scenery from Hawaii would probably be were I'd start. Not really stressed about it one way or another though ... I take pictures for fun ... and enjoyment. Speaking of which ... I hope you enjoyed this nice tropical view wherever you happen to be on this fine fall Sunday afternoon. [todd-sig]
Post a Comment
Read more

Do You Believe in the Butterfly Effect? 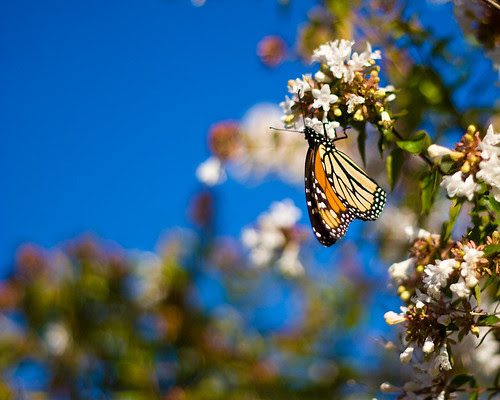 Ok, I'll admit the main reason for this post is so that I could share the picture of the Monarch butterfly that landed in our front yard the other day. ;-) But, it also gives me a chance to talk a bit about the idea that even little tiny changes in our thoughts and attitudes can potentially produce significant differences in the kind of results we get out of life. Kind of my "positive mindset spin" on the butterfly effect Napoleon Hill said: "Thoughts are Things" Every physical thing you see in this world, started as an idea/thought in somebody's mind. Some people say that our thoughts actually attract things into our lives. And even deeper, the type of thoughts that we have attract like situations and thoughts. Here's an example you can run on yourself to see what I mean ... Ever been having a really bad day .. to the point where you can't concentrate on anything else .. and things just seem to be getting worse and worse? And when you ask your
1 comment
Read more

Do have a dinner meal in your family that is kind of the "fall back"? You know, the one that you eat at least once a week ... and the one that invariably provides the answer to the question "hmmm, I wonder what I should make tonight?" In our family that meal is spaghetti. As far as I'm concerned, it's pretty darn near the "perfect" meal. It's easy to make, doesn't cost very much, and everybody likes it. Plus, the leftovers often taste even better than the night it's first served. No real purpose to this post. Just covering my bases in case any of you ever invite me to dinner some day. If you make spaghetti you can't go wrong. ;-) Keep havin FuN! [todd-sig]
2 comments
Read more

Retiring and Moving to Florida

Nothing is official yet, but we're pretty much decided that somewhere between this time, and Christmas next year, I'm going to go ahead and retire from the Air Force, and move back to Florida. We had a great time visiting with family and friends when we were just there for my brother Craig's wedding. And after a bit of contemplation, it just kind of makes sense that it would be much easier to have these sort of visits if we actually live there ... as opposed to having to travel 1200 odd miles. It also means that instead instead of freezing my butt of in Afghanistan next winter, I'll be able to head over to the beach and see scenes like the one in the picture above ;-) I don't really mind deploying ... but with young kids, and the fact that this would be the first one that's totally "voluntary" (as in I no longer "have to" be in the Air Force to earn my retirement pay ... I'll have 22 years if I get out next December) ... I just can'
3 comments
Read more

How To Be As Happy As A Baby 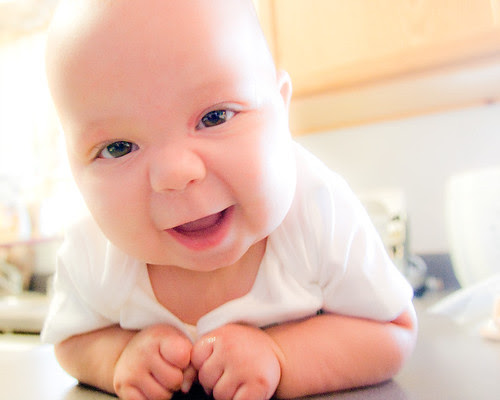 Living with small children in the house, I'm reminded on a daily basis how simple life really is when you're a baby. Joey is just over 5 months old, and she has to be one of the happiest little girls I've ever met. She spends a significant portion of her waking hours laughing and smiling at whoever happens to be in front of, or holding her. It got me thinking. Wouldn't it be great if we could all be that happy, that often? I wonder what the "secret" is? Here's a start ... Babies are Interested in Everything! They're constantly taking in their surroundings; and learning from what they see, hear, smell and taste. They don't prejudge anything. Every minute is an amazing new adventure. Babies are Not Shy about Showing Appreciation for those they Love! Have you ever seen a baby's eyes light up, and the big smile they get on their face when they look at mommy or daddy? There is never any doubt at all about whether or not your baby is happy
5 comments
Read more
More posts