Showing posts from July, 2010
Show all

Ok, so I picked this t-shirt up at Walmart the other day. It was on the sale rack, and when I got up to the cashier to get my items rung up, it turned out to only be $3 ... I'm quite the bargain hunter lately. Even better than that, it matched the pair of light blue shorts that I also bought that day (even though I had no intentions of getting clothes when I walked though the Walmart entrance ... funny how often that happens). Anyhow ... All is good, until I'm sitting here at my computer today, reading my twitter stream, and seeking out interesting new people to follow on twitter. Suddenly it hits me that there might be just a tab bit of irony in my choice of "uniform" for this particular activity. :-D Happy Wednesday! [todd-sig]
7 comments
Read more

The Over Tired Toddler 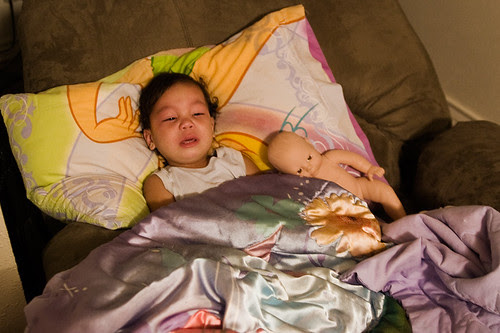 It seems almost counter-intuitive, but Jaiden is always much harder to put to bed at night when she did NOT get her nap during the day. And I have good evidence that it's not just her, as all of my other kids were the exact same way. In fact, I'm not sure there's a more difficult person in the world to deal with than an over-tired toddler ... ok, maybe ex-wives; but that's a whole separate blog post. ;-) Jaiden hasn't quite gotten to this stage yet, but one of my "favorite" things I remember my other two girls doing when it was bed time, and they were too tired, is the blubbered words that just don't match the scene ... Cry along with me: "IIIII'mmm Nnnnoootttt Ttttiiirrreed" ... while rubbing their little red eyes, and trying to keep them open. My current toddler is still just at the point where she rips all the sheets off her bed, and throws her baby dolls (and most of the rest of her toys) over the gate at her door, before finall
5 comments
Read more

[caption id="attachment_1990" align="alignnone" width="450" caption="My setup - MacBook Pro, 20in HP monitor, Apple bluetooth keyboard"] [/caption] I hooked myself up with a dual monitor setup yesterday, and as I was putting everything in it's place on the desk, I was struck by how little brand loyalty I seem to have. Here's what's on my desk ... MacBook Pro laptop 20" HP widescreen monitor Apple bluetooth keyboard Microsoft Mouse Maxtor portable hard drive i rocks card reader Canon headphones Lexmark Printer (out of the picture) ... oh yea, and also out of the picture is my Android phone It's probably not what the salesman at the store would have set me up with, but it works for me. The laptop itself is over 3 years old now. I recently upgraded to the operating system to Snow Leopard, but otherwise the only real signs of age are few smudged letters on the keyboard ... which is actually part of the reason th
5 comments
Read more

July 23, 2010
[pullquote] How do we go about standing out from the crowd in our overly commercialized society? [/pullquote] For over a decade now, I've always had some sort of part-time business to help supplement my military paycheck. Over the years, we've obviously had some "up" months, and some "down" months; but all-in-all it turns out that I'm actually relatively good at what I do. ;-) Which is why it's kind of tough to admit that for the past year or two, I've been in a bit of a "funk" when it comes to my home business. I've "tried" various new methods of making "more" money; in addition to (or more often at the expense of) things that I already know (based on past success) work well. Even worse, for some reason lately, I just can't seem to make a decision and stick to it for any significant length of time. I've been racking my brain trying to figure out what the problem might be. Then it hit me ... I've
6 comments
Read more

Our Day at the San Antonio Riverwalk 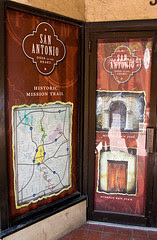 Even though we've lived in Texas for over a year now, we just made our first visit down to San Antonio earlier this week. I had to run Jonathan and Jasmine down to the airport anyway, so they could catch a flight to Reno, to visit their aunt and grandparents. Over the weekend, we decided that it might be a fun idea for all of us to go down; since I had put in for two days of leave anyway. We drove down on Monday afternoon, via the "scenic route" ... we went over to Lampasas, then took Hwy 281 South, almost all the way to the San Antonio airport. Along the way, we drove through a couple of interesting little small towns, including Marble Falls (which is a place we plan to visit again when we have time to stop and explore). After we dropped the kids off for their flight, we stayed the night at a TLF (or "family room") at the Lackland AFB billeting . At only $41.50 for the night, it was only about 1/2 as much as any of the hotels in town ... plus we had a ref
17 comments
Read more 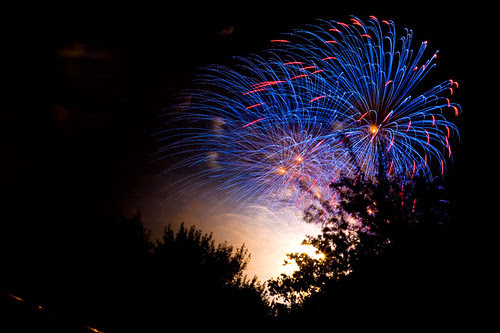 We had a fun 4th of July neighborhood BBQ today. Lots of food, good conversation, and kids running up and down the block. And then when the sun went down, of course it was time to take some fireworks pictures. I didn't actually go over to the freedom fest, as I can see the firework pretty good from the balcony on the back of our on-post housing. I pretty much followed my own advice about how to take fireworks pictures ... I used a tripod, focused manually, stopped down to F11, and let the shutter stay open for 3.2 seconds per shot. Here a few of the shots I came up with ... hope you like em. ;-) Til next time ... [todd-sig]
11 comments
Read more 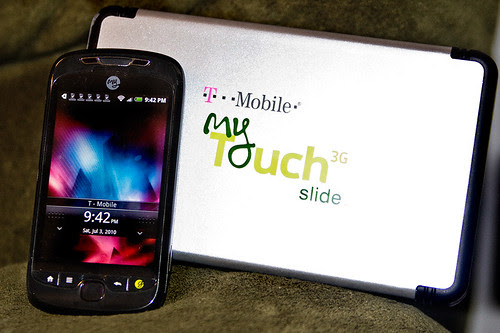 We finally broke down and got new smart phones from t-mobile. Ana has had her heart set on the mytouch 3g slide ever since she saw that silly commercial on the tv about being able to talk your text messages. As for me, I really wanted to wait until the new Samsung Vibrant comes out later this month, but in the end I just didn't have enough patience. Plus, after thinking it over, this phone, with the physical keyboard, is actually probably more my "style" anyway (I had a sidekick for about 3 years). And, just as a kicker, while I'm sure the Samsung is going to be a way cool phone, the little voice in the back of my head was screaming something about "never buy the 1st generation of any new phone" (the ones we got are the 3rd phones in the mytouch line). I don't really have too much in the way of a "review" to report just yet, as the phones have literally only been out of the boxes for a couple of hours. But so far, we are only mildly frustra
3 comments
Read more 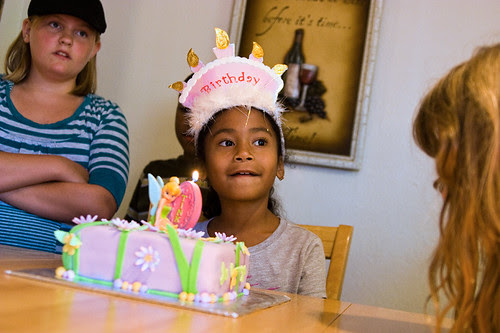 Tuesday was Jasmine's 8th birthday. We didn't have a huge party this year. It was pretty much just family, and a few of her friends. The "non-party" started when I got from from work that afternoon. I'd stopped by the Anthony's Pizza over at the Fort Hood PX, and took advantage of their 3 large one-topping pizzas for $21 deal. (note: with our large family, this is our default for "eating out"). Earlier in the day, Ana had stopped by and picked up the cake from the wife of one of my co-workers. As you can see, it was a tinkerbell cake, and it came out looking (and tasting) really good. Due to some mis-communication the cake was slightly smaller than we'd expected, so in the end it was probably a good thing that we didn't invite 15 or 20 kids. As for presents ... Jas had a bit more of a "grown up" birthday this year. Todd got her a couple of books ... one of which, "Green Egss and Ham", she can actually read to her
Post a Comment
Read more
More posts