Getting Air at the Fort Hood Skateboard Parks 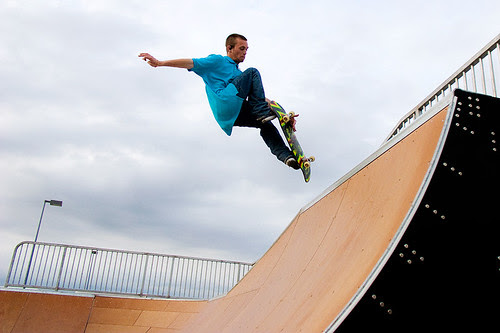 Justin has been skateboarding since he was about 8 years old, and we lived in Hawaii. I've been taking skateboard pictures for almost as long. Justin recently came back to live with us here at Fort Hood, and we were happy to discover that there are three skateboard parks here on the post. They're all relatively small. Nothing like the Hickam Skate Par that we used to go to in Hawaii; with it's street course, big half pipes, and two huge bowls. But, one of them is within walking distance of our house, and all of them are free.

The one closest to our house is near the Comanche youth center. It can't be too bad, as the boy is there for a couple of hours every day ... along with many other kids, every time I've stopped by, ranging in age from 7 to 21. As I mentioned above, there are also two other skate parks on Fort Hood. One is in the center of the post, not too far from the hospital. From driving past, it looks pretty similar to the one we have here at Comanche. Further to the east side of the base, near the Bronco youth center, there is supposed to be a larger (and thus "better" set of ramps). We haven't made it over there yet, but one of these weekends I do plan to grab my camera and run Justin over there for a couple of hours.

What I really like best about the fact that my son loves to skateboard, is that when you combine it with my photography, it's an activity that we can do together, where we can both participate in our favorite hobbies at the same time.

Below are a few pictures from a "burst" series of pictures which show Justin getting some air, turning in flight, and landing perfectly on the rail. They are in order from shot #1 at the top of the page thru shots 2-4 below: 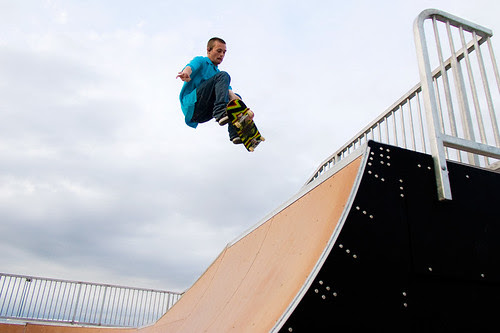 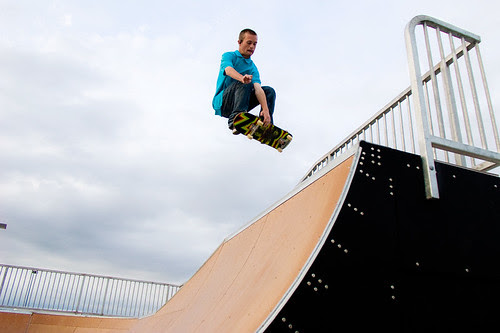 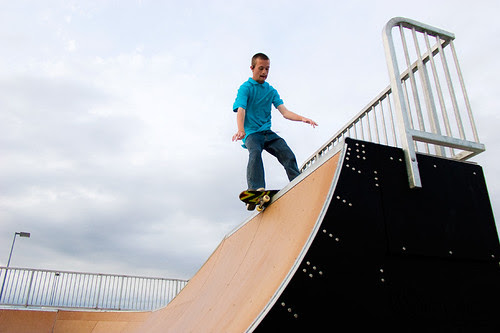