May 21, 2010
We had some big thunderstorms in the area again yesterday afternoon. None of them made it all the way over us, but in this case I think that worked out well for my pictures. A couple of well developed thunderstorms were off in the distant horizon right at sunset ...

Going in reverse order, this is the last picture I took, but also the one I like the best. The sun was well below the horizon at this point, but gave a nice contrast between the blue and the orange in the clouds. 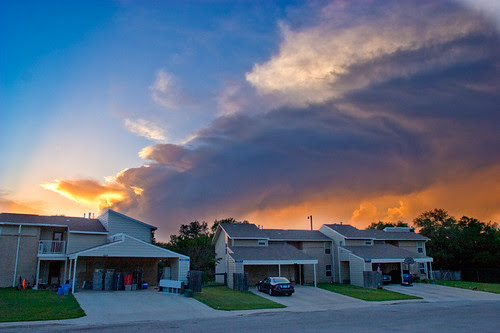 This was just a little bit earlier, taken from the hill behind our house. You can see three distinct cumulonimbus here ... one in front of the sun; the one in the middle that looks small, is probably just as big as the others, but it's way off in the distance; and finally, to the right, that well developed mid-level overhang on the supercell that was over Waco at about this time. 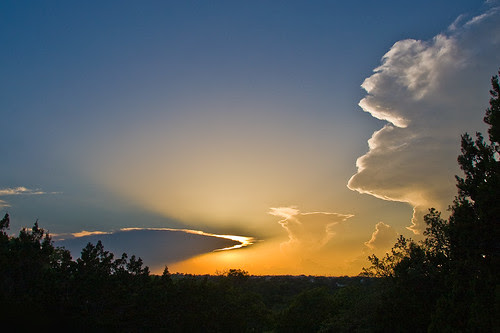 The structure of the storms isn't quite as nice in this picture, but the rays of the sun from just below the horizon give off some nice orange rays, and also highlight that little line of towering cumulus between the two thunderstorms. 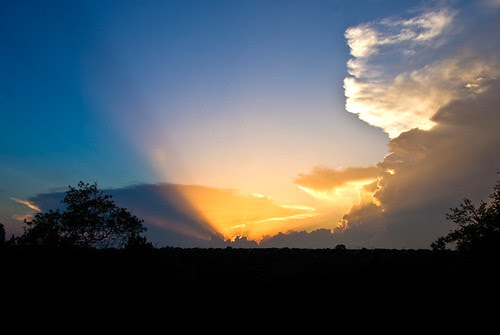 And finally, this is the earliest picture in the series, showing the largest thunderstorm while it was still well off in the distance. 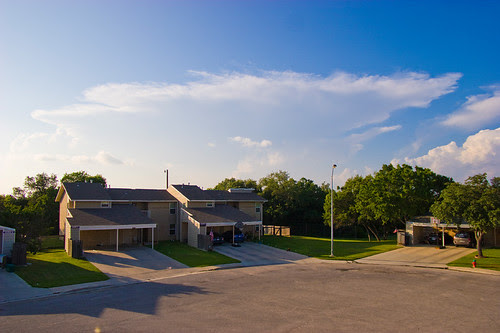