Catching Up ... This Week's Pictures

April 10, 2010
Well, the last couple of days in Iraq have arrived. I'm getting ready to go home. I've still managed to take pictures every day, but getting them processed, uploaded to flickr, and put into a blog post has proven to be a bit more of a challenge. And honestly, I think the next week is going to be pretty similar. If I don't get a flight tomorrow, I'll try to do a regular blog post. And then I may have the opportunity to do one from Qatar as well. However, there is a chance you won't hear from me here again until after I get home next week.

In the mean time, here my pictures of the day from this past week: 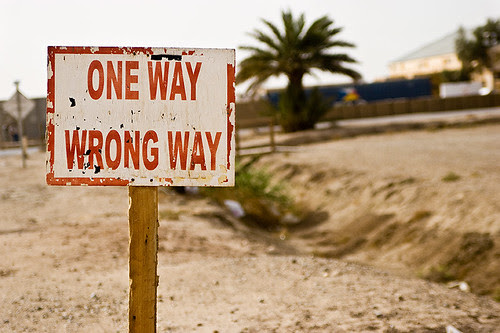 This sign cracked me up. It just struck me as the ultimate worst case scenario. You mean there's only one way ... and it's wrong? 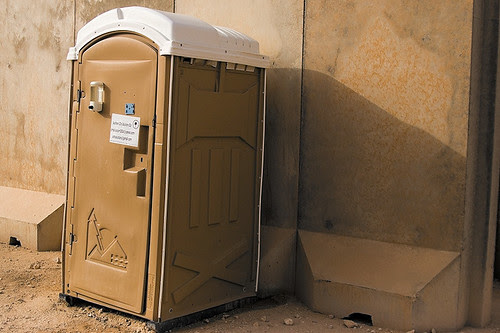 Obviously I didn't take many pictures on Friday, so it was pretty slim pickins choosing one for the project365. In the end, this brown porta-potty was about the most interesting thing I had ... which probably tells you what kind of day it was. 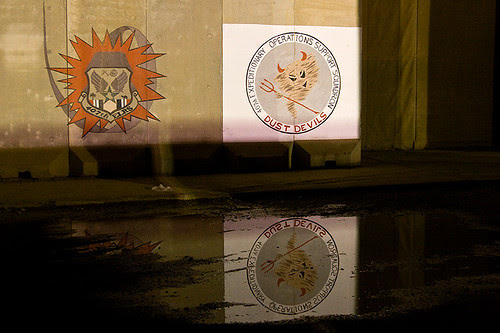 Another in the series of wall murals around COB Adder. This one is right here in the Bed Rock, on one of the t-walls near the Big Top tent where I play poker. I took this shot at night, but there are big bright lights on the basketball court behind me, so it lit it up pretty nicely ... and I really liked the reflection in the puddle on the ground in front. 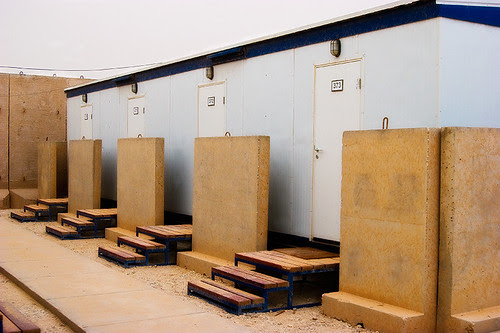 This is a pictures of the CHU trailer where my temporary room is located. It's exactly the same type of room as that one I've lived in for the past 6 months, except that I guess on this side of the compound they use t-walls out front instead of sand bags. 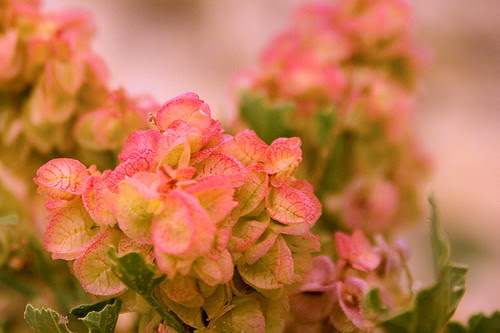 I called this picture "desert flower", but in all honesty it's more of a bush with pink leaves. That said, it's about the most colorful thing I've seen around here in quite a while, so I wanted to get a picture of it. Interestingly, when I took this picture, everything outside was orange, as we'd just had another dust storm in the morning. When I first pulled up the raw image it was "tinted" orange pretty badly, so this shot took a little playing with in photoshop to get it look somewhat presentable. 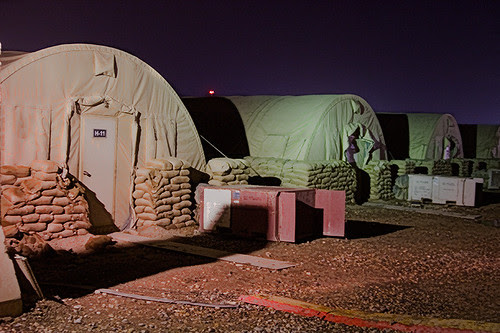 These are the row of tents that I was afraid I might have to move into while I waited for my flight. Fortunately I got a room instead. The rest of my guys have their replacements arriving about the same time I leave ... so they'll be getting temp quarters too ... something tells me they're more likely to have this address than a CHU like me.

Ok, that's about what I've got for now. Next post will most likely come in a day or two from Al Udeid AB in Qatar.