Todd Gets An Army Commendation Medal 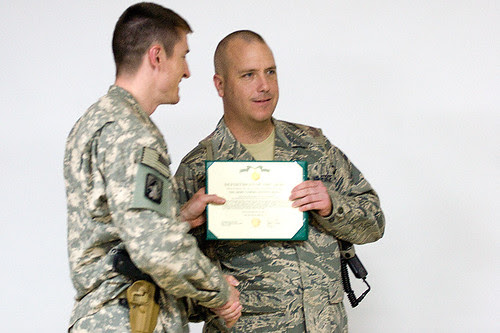 When we get our medals presented to us, that's a good thing; it means it's almost time to go home. :-)

If you've been following along with my blog for any length of time, I know it probably appears that my life over here mainly consists of surfing the Internet, playing cards, eating, and occasionally going to the gym (lol, I can't deny it too strenuously because Lt P. might pop on here and call me out) ... but, believe it or not, apparently I do actually do a bit of work as well. Although, truth be told, I just lucked out, and deployed with a great group of guys. It's amazingly easy to be in charge of guys who don't really need to be "supervised". But on the flip side, at least I'm the kind of supervisor who doesn't screw that dynamic up ... as long as everything is getting done right, I don't sweat the detail too much.

Anyway, back to the medal. I had to go over to the Combat Aviation Brigade conference room for a little ceremony ... where they feel obliged to say nice things about me; I say how much I enjoyed working with them; everybody claps; then we all go back to work.

Brian got to have a little bit of fun with my camera. He took the picture above. In addition, he also some pictures of the crazy knot holes in the plywood walls that the building is made of. Unfortunately, I can't really share those here on a family blog ... it's only pictures of a wood wall ... but let's just say that Brian used his imagination rather vividly when choosing exactly which shapes to photograph.

It's all good fun though.

Yesterday, I accidentally left my camera at work when I came home for the night. I didn't discover it until the truck was already gone. So, I had to wait until today to put yesterday's project365 picture on flickr. It's nothing special, just another one of me pretending to be a photographer ... 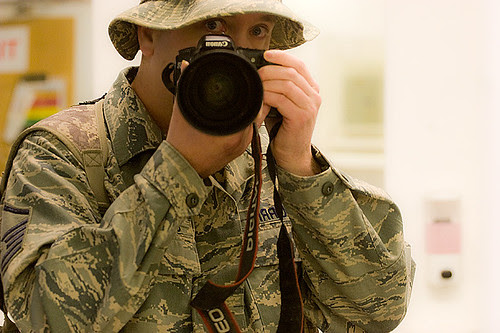 Well, that's about what I've got ... I hope you all are having a good week.