Not Your Dad's AFN TV 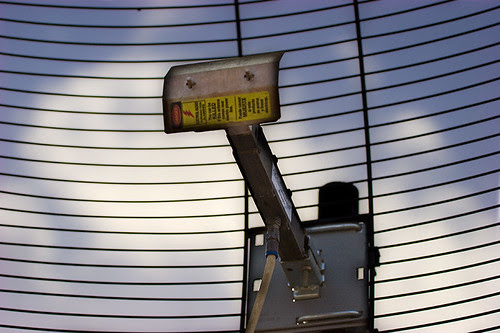 I remember when I lived in England in the late 80s and early 90s, AFN (Armed Forced Network) TV had I think just one channel. It wasn't that big a deal, since we were in an English speaking country. And even for people in Germany or the Far East, I would imagine that even one channel was better than nothing at all. When I was in Korea in 2005, there may have been a few more channels, but I honestly didn't pay very close attention.

Fast forward to 2009-2010 here at COB Adder Iraq ... most people have TVs in their rooms (I don't, but that's basically because I already don't have enough time for the things I want to do), so I'm a bit more aware this time about what's on AFN.

Holy Cow! There are like 8 or 9 channels now. For the most part, the shows that are on are still from last season. However, there are a few that are current (1 or 2 days behind the States), American Idol is one that comes to mind. Also, obviously news shows and sporting events are shown live ... heck, there were even Super Bowl Parties all over Iraq ... albeit at 3am on Monday morning.

For me, there was on AFN FAIL just the other night. After the earthquake in Chile, there were tsunami warnings out for Hawaii. Since I used to live in Hawaii, right on the beach ... plus I still have friends there .. I was a little bit interested. I tried to follow along on twitter, and a couple of webpages that had streaming audio & video. But due to my SLOW Internet, it was not a fun experience. So, I figured I'd just pop over to the rec center and watch it on CNN or something ...

Umm, not so fast! None of the AFN channels was carrying a live feed of the News. The news channels actually had some recorded political roundtable discussion type program (which normally I wouldn't mind). But come on, this is breaking news ... cut away already.

It's all good though, AFN does provide a great service for military members around the world. I'm happy to have access.

You can learn more about the Armed Forces Network, and find schedules for what show are coming on at their website:
My AFN Home

Catch up with you again tomorrow.