Mr Too Cool For School

March 09, 2010
As my time on this deployment starts to wind down, I wanted to use a couple of my project365 days as an excuse to get some picture of the guys I work with. In this first installment, I give you our fearless leader ... 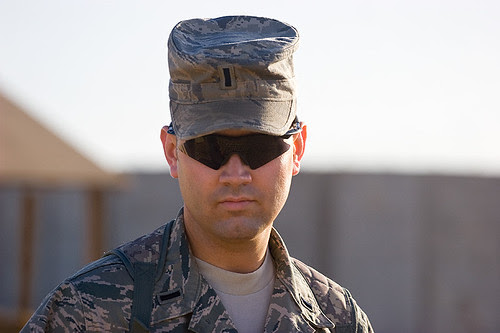 I work in the same office with the LT back home, but he's one of those people who doesn't exactly "pose" for pictures. So, since I was able to "ambush" him on the way to work this morning, now is as good a time to start this series as any.

I work with 3 other guys over here, they've been "supporting actors" in a few of my 365 pictures, but never the "headline star" yet. I've a got a couple more weeks left to get some good in action shots. In some ways, I wish I had brought my "paparazzi lens" (Sigma 50-500mm) with me, but that sucker weighs like 3.5lbs; so I'll just have to make due with the 70-200F4L. Heck, at some point I may even have to let someone take a shot or two of me for the picture of the day ... lol, probably not though ;-)

One thing I like to do with "people picture"; especially military ones; is use a "colored pencil" layer in photoshop, and blend it so that it comes out with a sort of "cartoon" effect. This is what they looks like: 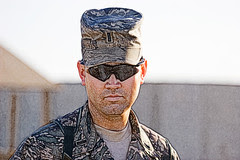