It Is Hot In the Desert 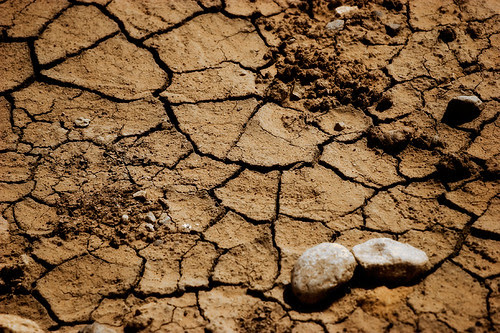 I know this is the desert and everything, but I had kind of hoped to avoid feeling too much of the heat before I go home next month. Unfortunately, no such luck. The temperature is going to climb up into the mid 90s today, and will most likely pop 100 a couple of times later this week. I guess I shouldn't complain, it only rained 6 or 7 times during the entire 5 months I've been here so far ... and this was the "wet" season! ... so, I didn't have to deal too much with the muddy mess that a desert turns into when it rains.

But still ... I'm going to get plenty of this 100 degree heat this summer in Texas.

Anyhow, for those of you who think that the snow storms back in the States this winter somehow indicate that global warming isn't happening ... I just thought I'd let you know that it's definitely hotter than normal in other parts of the world. (although truth be told, neither is a terribly good indicator of what the global climate is really doing).