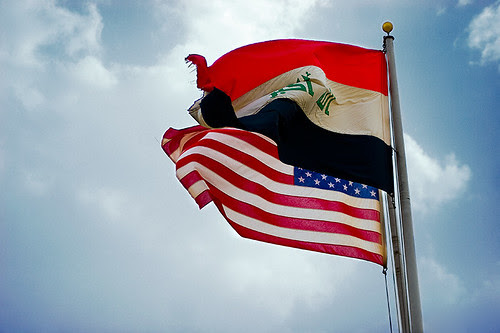 This was my second time here in Iraq ... and very likely my last. A couple of weeks ago, I was working pretty hard doing 12 hour shifts. The Iraqis were having an election, and since the American military is still here, we were providing support. Especially compared to the last election they had, a few years back, March 7th was relatively successful and smooth.

Today, the finally released the results ...

And, it looks like it's just about a tie; with the former Prime Minister Allawi's faction ending up with 2 more seat's than current Prime Minister Maliki, with Al-Sadr's party not too far behind. This being a parliamentary system, they will now have to find a way to build big enough coalitions to be able to form a government ... which may not be easy. It could be an interesting couple of months this spring.

Either way, I don't think that any of the parties will be very interested in having American troops stay past the 2012 date in the SOFA. (purely my opinion, I have no particular insight and/or expertise in this area, so take it with a grain of salt)

I am a little bit insulated from what's actually going on here in Iraq, since I don't go off the FOB. So really, I get most of my information from the news, just like I would back in the States. If you're wanting to know what some of the real Iraqi people think, I did find this article from the NYT: http://atwar.blogs.nytimes.com/2010/03/26/iraqi-election-results-reactions-from-around-iraq/

Anyhow, this announcement seemed like a good excuse to take another flag picture (above) for my project365 ... I got both the Iraq flag, and Old Glory in this one.

And on that note, I'm off to bed ... hope you're having a great start to the weekend!