But I Need More Time 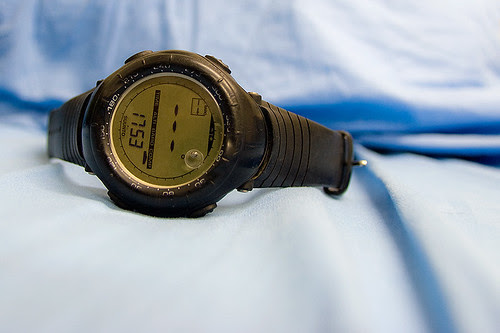 Wow, these 12 hour shifts are a "blast". It's not that the work is any harder than usual; in fact, I've been actually getting to forecast weather instead of just doing admin weenie stuff, so it's kind of fun. But, being there at work for half the day, doesn't leave a lot of time for "other" stuff. I get home in morning and talk to Ana on Skype for a little bit, then go to sleep. When I wake up, it's almost time to go to work again ... especially considering I need to find some time in there to shower and eat.

My project365 has been one of the casualties. I have still managed to get a picture every day, but getting it loaded to flickr, and writing a blog post has proved to be a bit of a challenge. Thus the "story" behind today's picture.

In fact, truth be told, I'm typing this post as fast as I can right now, because I do still need to shave and grab a shower before I leave for work ... which ideally should happen in about 15 minutes. So anyway, I hope you like the picture of my watch (which I wish indicated that it was about 2-3 hours earlier).

BTW, here's my picture from yesterday: 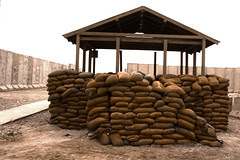 Catch up with you again tomorrow (hopefully) ;-)