One Antidote For Dull and Ordinary Pictures 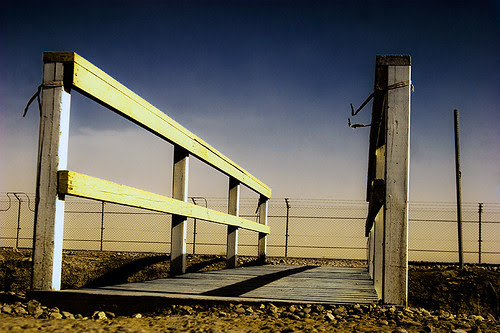 I very rarely; ok pretty much never; just save/share my pictures straight from the camera (it probably has something to do with the fact that I shoot everything in RAW). But really, a fairly large part of making a dramatic picture, happens in the post processing stage ... back in the film days, this "magic" took place in the dark room ... now in the digital age, having some photoshop skills are every bit as important as a "nice" camera and a good eye.

My personal preference is for a "high contrast" type of finish on my shots ... especially landscapes. If I'm going to make a picture look significantly different than the original, chances are pretty good that it's going to be more contrasty and more colorful.

That's just how I roll.

I am by no means a photoshop "expert". Heck, I'm probably not even an "advanced amateur". One day, I will get around to taking an actual photoshop class (I just noticed that they have one in my online college's catalog). But until then, I tend to learn via the trusty old method of trial and error ... basically I play around with the image until I like the way it looks.

With that preamble in mind, I thought it might be fun to show you how I came up with the shot above. (I don't have a nice fancy video screen capture program, so I'll just use images from the different photoshop layers; along with explanations of what I did).

First off, here's how the picture looked straight from the camera:

Nothing at all exciting about that shot ... to be honest, it looked better in "real life".

So I opened up the image in the camera raw dialog box, where I reduced the clarity slightly, increased the contrast / blacks a bit, and bumped up the Vibrance a lot. Here's the result:

Better, especially the contrast between the sky and the dust. But, the colors are a bit funky looking.

I know, let's see what it looks like in Black & White:

That came out ok, but straight B&W isn't really what I had in mind for the final treatment of this shot.

Fortunately, I always make my adjustments on a copied layer. So, I just changed the blending mode to "Overlay" and here's what I got:

Hey! Now we're getting somewhere. I love what this did to the sky. But the bridge and the ground are still kind of a funky yellow/orangish color.

One last new layer. This time it's a photo filter adjustment layer, set to "Cooling Filter (82). Here's what it looks like with the new layer:

Almost there. This really helped with the color of the wood on the bridge ... but now the sky is too blue, and I lost some of the contrast between the dust and the clouds. I liked the sky in the last shot much better ...

So, I added a mask. I'm still not entirely clear how this works (just started using masks recently), but I do know that it's much better than the "eraser" method that I used to use. Basically you just select your layer, click the "add layer mask" button down at the bottom, and then you use the paint brush tool to color, in black, any areas where you want the underlying layers to show through. In this case, I painted the whole sky, pretty much from the horizon up.

After flattening the layers, and applying the smart sharpen filter, the result is the image up at the top of this post.

It's not "perfect", but I do like the way it turned out.

And here's the really cool part about shooting in RAW. in addition to the finished .jpg, I also saved a .CR2 raw image, and a .psd file with all the layers. What this means is that in the future, as I learn more tricks with photoshop, I can actually go back to this picture and process it again ... possibly coming up with something even better (or at least different).

My bottom line when it comes to photoshop ...

Use layers, and experiment with all those buttons and menus ... keep playing with your image until it looks like you want it to. Hands on experience, especially via trial and error is the best way to learn just about anything.

I hope you found my little "tutorial" (I use that term loosely) useful in sparking your own imagination.