I Miss Having A Cell Phone 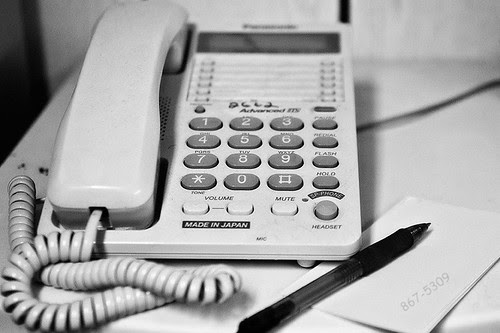 If you've been following along with my pictures and stories, you're probably aware that we don't have it all that bad over here ... certainly not compared to some troops in other parts of Iraq, and definitely those in Afghanistan. But, human nature being what it is, of course I've still got a few minor gripes ... mainly about my access to the Internet (cue: wife Ana rolling eyes as she reads this).

In some ways, being over here is almost like a flashback to the 90s. I'm truly thankful to have Internet in my room, but I also forgot how frustrating VERY Slow Internet can be ... seriously, it's like I've got dial up AOL again ... except thankfully without having to listen to the modem trying to connect (or worse, the dreaded busy signal).

With just a little more than a month left here, there are a couple things I am really looking forward to when i get home.

The first is obviously seeing my family. BTW, with the winter storm at Fort Hood yesterday, the kids got to play in snow for the first time ever:

The other things that I really miss, are High Speed Internet (do know how frustrating is is to try to watch a YouTube video when the download speed is like 15k?), and having an Internet enabled phone so I can check things like twitter or facebook anytime I want ... even when I'm at work, and they (along with many other websites) are Blocked. This is probably something that shouldn't be so important to me ... but it is ... so I gotta deal with it.

We will be going phone shopping, probably shortly after I get home. Since my t-mobile sidekick died shortly before I left to come here to Iraq, I really don't have much of an excuse to tell Ana that we can't dump t-mobile and switch over to Verizon or AT&T. As of right now, I'm definitely leaning towards Verizon. Part of me wouldn't mind going down to the AT&T store and getting a shiny new iPhone. However, since reception problems are part the reason we're switching, I'd rather not even risk dealing with AT&T.

Still trying to decide on a phone. But if I'm not getting an iPhone, I definitely want something that runs Android. (need Apps) We will probably end up going with a DROID for me, and an ERIS for Ana ... especially if they still have the 2 for 1 deal going.

And on that note, I'm going to end this post, because if I keep writing about cell phones, I'm just going to end up getting frustrated that I don't have one to play with NOW! :-D