November 11, 2009
As promised, more pictures from my Baghdad Palace Tour.

First, a few more pictures from the roof of the Victory Over America Palace ... 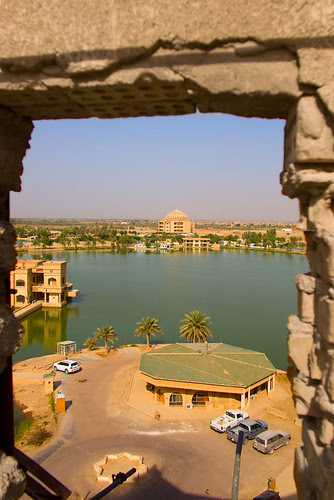 View of Baghdad skyline from bombed out window on the palace roof. 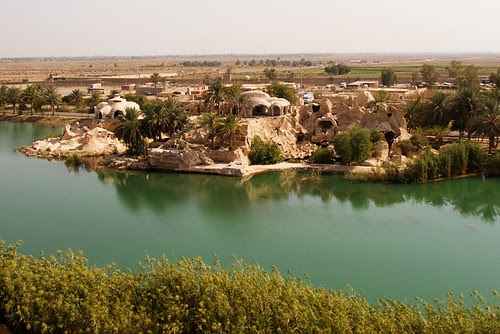 This is the "Flintstone Village" that Saddam built for his grandchildren.

Next we stopped at what is purported to be the last remaining mural of Saddam Hussein ... where there was a rare picture taken with me actually in it ;-) 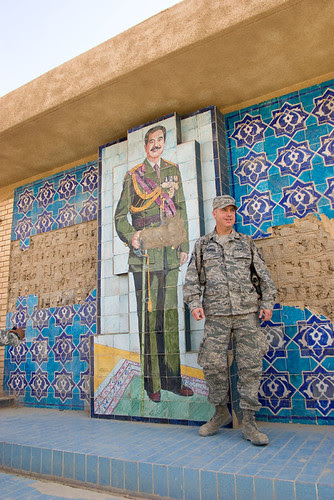 Finally, it was on to the bombed out remains of the Ba'ath Party House: 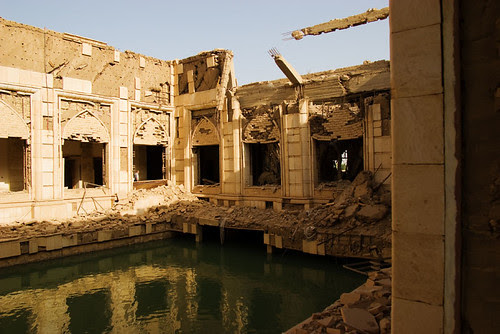 This building took hits from a couple of JDAMs, and a Tomahawk Missile. According to the tour guide all of those empty windows used to contain beautiful stained glass.

A couple of views from inside the building ... 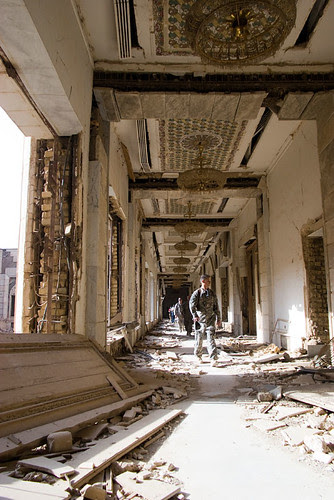 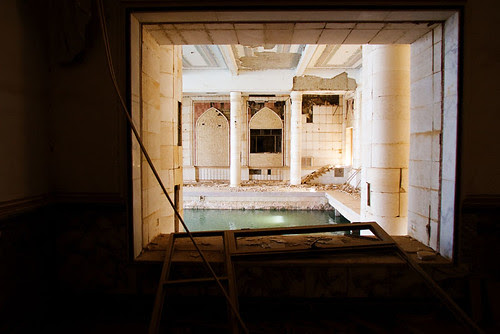 And then of course I had to get a couple of "artsy fartsy" type shots ... 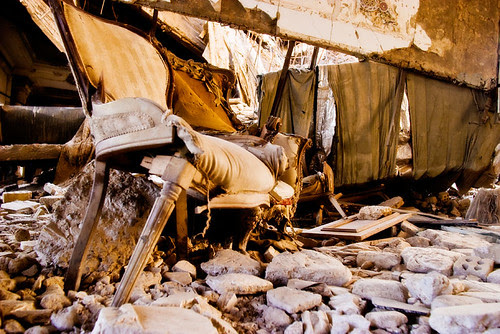 Almost like a museum, many things are left almost exactly as they were in 2003 when the bombs fell. I thought this broken chair amongst the rubble really captured the "feel" of the place. 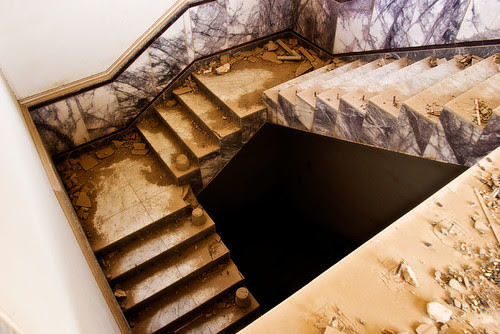 And then last but not least, I don't know what it is with me and stairs lately ... but again, this was one of my favorite shots.

I hope you enjoyed. And if you're interested, you can find more pictures from Baghdad (and elsewhere) on my Flickr page.

Til next time,
Todd

p.s. don't forget that I do still have some pictures of the Ziggurat of Ur coming sometime in the next week or two ... so check back soon if you like that sort of thing.
baghdad baghdad pictures iraq war scenery People amp; Places Photography Travel