We Adopted A Bunny Killer

May 14, 2009
It was a bad day for our backyard rabbit family to reveal themselves. 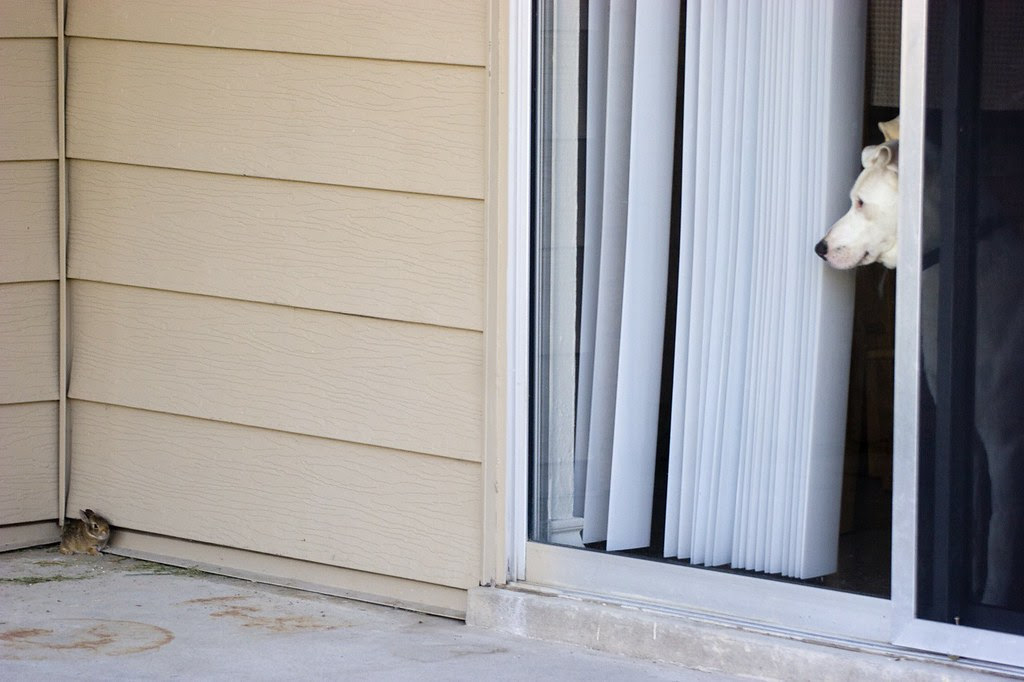 While I was at work today, Ana went to the Ft. Hood animal shelter and adopted Pete. The white dog in the picture above. It was a good day for Pete, and our family was happy to have a new addition.

Unfortunately, the family of rabbits who apparently live in our back yard have incredibly bad timing. Our chihuahua never even goes outside. But Pete had lived with us for all of about 2 hours, and only in the back yard for the second time, when about 4 or 5 very young little bunny rabbits decided to venture out of their hole, and hop across the yard.

Ana was standing at the sliding glass door at the time. I heard her say, "oh, how cute, little bunnies" ... quickly followed by "ut oh, the dog caught one".

By the time I got outside and was able to coerce the dog into dropping the rabbit, he was off to bunny heaven.

We put the dog inside, but over the next 30 minutes, two more rabbits hopped back into the yard. 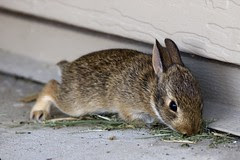 One of the baby rabbits up on our porch.

I caught them and relocated them to the woods behind our house. Honestly, I don't hold out much hope that they won't end up as snake or hawk food (as I said, they were really young). But at least these ones won't die in my back yard.

As for Pete, I really don't think he had malicious intent ... he was just playing with it.

This was my first blog post about our local Texas wildlife. Hopefully the next one will have a little happier ending.

p.s. the picture at the top might be a good candidate for a caption contest ... what do you think?
animals our dog Pete rabbits texas wildlife Todd's World