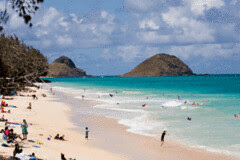 This is the first post in series I intend to do on Hawaii Beaches. For me, the best place to start is with the one that I know best ...

I've been going to Bellows since I was 8 years old. When my dad was stationed at Hickam AFB in the late 70s, we used to drive to Bellows every weekend. That was back before the H-3 opened, so most of the time we'd take the Pali Hwy ... and sometimes even stop off at the Pali Lookout. A real treat was when on the way home, we'd go the long way around Makapuu Point, where we'd stop to see the Blow Hole, and dream about our next visit to Sea Life Park.

Not much has changed these days (other than it being a little shorter drive to get there). My kids love getting the chance to go to Bellows.

Bellows Air Force Station is located on the North East shore of Oahu near the town of Waimanalo. There are two sections of beach. One that is open to the public on the weekends. And further down, one that requires a military ID card to enter. Both are among the most picturesque beaches on Oahu. 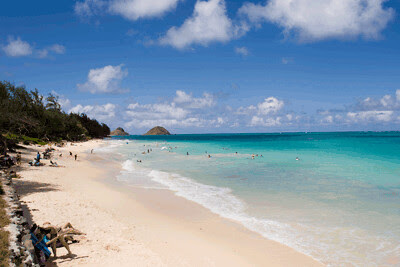 One of the main reasons we go to Bellows is to Boogie Board. Most of the year, the waves are a relatively family friendly 1-3 feet. However, occasionally during the winter, things can get a bit more exciting (and nerve racking if you're a parent of a fearless teenager). 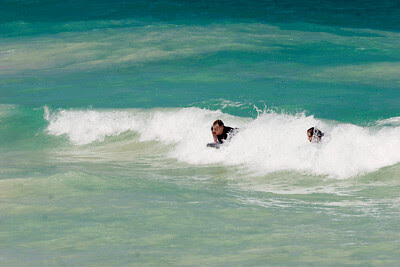 In addition to the great waves, Bellows also has a number of other attractions. There's a putt-putt golf course, a driving ranges, tennis courts, a couple of playground for the kids, and even a nice little restaurant. Plus, one of the main attractions for active and retired military members is the cabins. For about $75 a night, you can stay in a cabin right on the beach. Don't get me wrong, it's definitely not "four-star", but all the cabins come with two rooms, a couch, table/chairs, a small kitchen and cable tv. My parents and their friends come over and rent a cabin for a week every year. 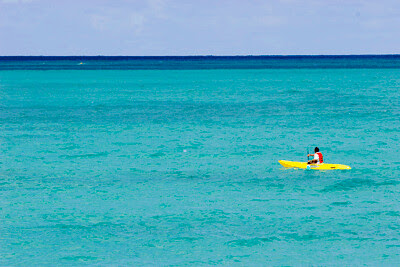 I might just be because of all the great childhood memories I have ... but as of right now, I think I can fairly honestly say that Bellows is my favorite beach in Hawaii.